Three years of pain (and why it’s worth it)

After suffering the trauma of council organised major works, we finally decided we’d had enough and we were becoming a TMO. We’d thought about it for years, but it seemed such a big step and a lot of work, so we had always put it off for another day. Finally though, we realised the amount of effort required to get a good service from the council could be put to something positive.

There is no getting around it, becoming a TMO is long. You might think you can do it quick, but you can’t. That isn’t necessarily a bad thing though as there is a lot to learn. You won’t just be running the estate, you’ll be an employer running a small business with things like payments to the HMRC. That’s pretty big and scary and you need to be trained in how to do it. What we found though, was that there wasn’t anything we couldn’t do and as a group we always had someone who had skills in that area. 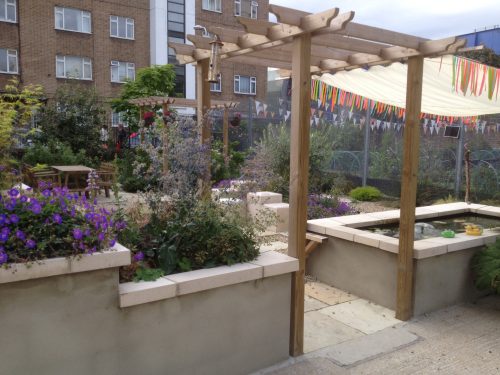 It’s important to keep focused on why you are becoming a TMO and what you want to achieve. We had decided that it would be easier to be a TMO than fight with the council to get anything done and luckily the council kept reminding us of this every time a repair was needed. The most useful experience, however, was visiting other TMOs. We met people, just like us, who were successfully running their TMOs.  We realised that it didn’t take any particular skill, just committed people and a good manager.

We also spent time picturing what our TMO would look like. We knew we wanted an onsite manager and a regular cleaner. Once we made the decision it was easy to come up with a structure and budget. We over estimated everything, which I think was the right approach as it meant we were cautious when spending money and managed to make savings which we have invested back in the estate.

It’s also important to write as many policies and procedures as possible wile you are setting up the TMO. Yes it’s boring, but you’ll be thankful later when you are busy running the TMO that you don’t have to write them. I am currently rewriting our disciplinary policy and really wish we had done it properly the first time around.

Finally, don’t worry about conflict in your group. We had a lot of conflict and were (and still are) a very argumentative group. I would rather that we weren’t but it doesn’t cause any major problems and it’s the reality of being democratic, you just won’t all agree.

With respect to the presenter, our session  with the committee members of  a developing tenant management organisation to seek to negotiate the contents of their management agreement with their Council was not the most exciting prospect for a Saturday.  A view obviously shared by some absent members.

However, aided by a presentation referencing real life experiences and a small, fully engaged group of participants: the event was not only informative but stimulating and yes there were even some laughs. I was reminded of one of the reasons I started working in housing in the first place. A roof over your family’s head is one of the most fundamental desires for anybody and, increasingly, a precious commodity. The investment made by society in trying to ensure every family has a home is very special in the UK. 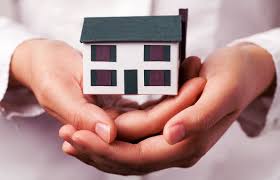 It can be pleasurable to be part of introducing a new tenant to their home – especially as housing applicants in the most need may have come from quite traumatic circumstances. Tenants at our event have lived in their council homes for up to 35 years and remain grateful for them.

Each potential problem that can arise in a tenancy involves a real human problem: repairs, rent arrears and benefit claims, debt, transfers, succession on death of a tenant, troublesome neighbours, their kids and their dogs – this session explored them all.

Watching this committee develop their ideas to make the experience of renting a home in their tenant management organisation something to be proud of and something they would value through behaviour was inspiring.  From the moment a tenant views their home on this estate, the tenant management organisation wants them to feel at home, part of a community.  However,  they will expect every resident to adhere to a good neighbours’ code of conduct and tenants to pay their rent on time. In return they are determined to provide a best value service, protect the rights of quiet enjoyment and ensure that their staff provide compassionate support when needed. They’ll go far. 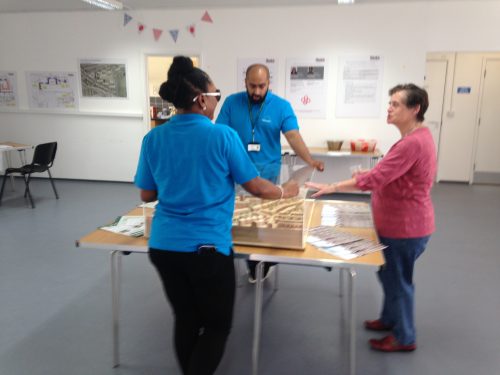 I heard on the grapevine of a relatively new TMO where an investigation is underway because of suspected fraud by the Manager and contractors. Whilst this could happen to a Council and to a Housing Association it is much more upsetting where residents have put their trust in a new resident led vision for their estate.

Tenant Management is one of the most underused yet most successful tools. At this time, we are seeing a very low number of projects going through the ‘Right to Manage’ route, which is a real pity given that many of the traditional avenues for resident control are closing down. In a universe where funds for resident involvement are being hit by Local Authority cuts and residents of Housing Associations are looking at their landlords becoming ever bigger via mergers, giving residents more control is looking less likely.

Tenant Management offers the opportunity for residents to set the standards for the services they receive, to spend their rent and service charges in the way they want and to build a truly local vision. To get to the point where your landlord and the Government agrees that you are competent residents have to go through nearly 2 years of planning and development and be subject to external assessment. However, things can still go wrong.

There are a number of key things that residents can do with support from there advisor to minimise the chances of this type of thing happening:

As board members of a TMO residents should not be sitting looking over a managers shoulder, this is not good for either party. Instead, put in place procedures and checks and make sure they are carried out!

Maybe I’ve been around the block a few too many times (including refurbing it, knocking it down, rebuilding it and making it green). When I saw reports from the LSE being trailed as ‘RESIDENTS HAPPY’. Anyone who has worked on long term regen projects immediately asks which residents? With some projects taking over 10 years you are very often talking about completely different communities at the start and at the finish. I often work with community groups to help them become a ‘critical friend’ so here goes! The LSE report is very focussed on a particular estate and what they define as a specific model. I am sceptical about some of the interpretation of the findings and real wider application. As someone who has regularly worked with residents on 100% door knocks and making sure that we have met with all households I do question that the study is based on 50 independent surveys. However, I am a massive fan of the LSE and its studies of regeneration and in particular Anne Power and I think there are some clear messages to be taken from this report.

Anne Power is quoted as saying ‘(the scheme) shows that it is possible to rebuild a former council estate with most of the existing tenants in place. By providing local management and community resources, the landlord can help the community flourish’
In just one sentence a few key points have been identified:

Have a worked vision for the community and demographics in regeneration.

Have your short/medium and longer term community resource model and methods for continually testing its validity.

Build in your plan for greater control, the community may change but you can still build the structures (ever heard of a TMO or EMB?).