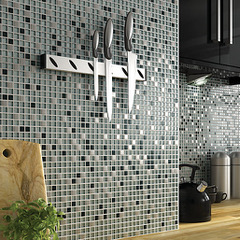 One of the things we hear from residents who are facing the demolition of their existing social housing is the fear that  a new build  home will not are not as well built as their old home. It takes a lot to allay this fear including and many visits to new build schemes.

I was saddened to  read the article by John Harris in the Guardian on 11th April  about Housing Associations facing a storm of complaints about new homes. There has been a lot of articles both in the press and on the news about the Orchard Village scheme, which has got to the point where the housing association (Clarion) is buying back new build properties. I was also aware about the problems with Solomons Passage as one of my friends (a tenant) has been decanted so they can knock down the building that is 7 years old. This article implies that the problem may be wider.

So what is going wrong?

Working on large schemes I always say to residents and officers that a contractor will only be as good as the contract management applied to them. Lets be clear, developers and builders are in this to make money, whilst they do think about their reputations their primary focus is to make a profit. It requires good contract management  by the client i.e. the housing provider to ensure that corners are not cut and that specifications are kept to. Quality control, checking, checking and independent testing are key.

We have seen an increase in building by social housing providers  and this has not been matched by an increase in the right staff within Housing Associations and Councils who oversee new build from cradle to grave. At least one association I have worked with has seen their new build properties increase from just over 100 units in 5 years to nearer 5000 over the next 5 years. Whilst the teams overseeing the work have increased, its not proportionate and  more crucially  emphasis has had to be placed on slowly developing skill in house which is  a very steep learning curve. All too often the focus is on design rather than good structural quality. Nice pretty apartments with lovely work surfaces  may sell but are they liveable and sustainable, apparently  not in some cases.

It is crucial that good technical advice is sourced BUT over reliance on external technical consultants is part of the problem. On the schemes mentioned where were the Clerk of Works and the Employers Agent?

Going forward  there are a few options for social housing providers  to think about balancing:

Above all else, learn from your mistakes! A lot of landlords would not get away with this if they were working in the open market.

Consulting residents, service users and communities is second nature to us, we do it daily in our work. Yet increasingly the landlord organisations, architects and developers we come across seem to be reticent in engaging with the recipients of housing and regeneration services. It’s not rocket science, people are much more able to accept and support decisions (however difficult) if they have been party to the discussions leading to them.

Recent proposed landlord mergers appeared to have been led by the business case or a corporate vision with very little regard for the impact upon residents who ultimately pay for the service. As Carl Brown observes in Inside Housing, the National Housing Federation’s voluntary merger code failed to refer to a role for tenants. Following the collapse of the high profile mergers, twelve landlords are exploring an alternative code which we await with interest.

Statutory ballots always carry the risk that residents will reject a strong and coherent proposal, however with this as a true test of opinion landlords were diligent about involving residents in the details of the decision and providing reassurances. How else were so many voluntary stock transfers and regeneration schemes achieved in relatively short timescales?  Residents have much to  offer when developing options for saving money or improving service delivery.

On a smaller scale,  several times over the past year we have been asked to mediate where a resident has raised a serious and formal  complaint with their landlord regarding a decision that has been taken which affects their home. Without exception, these complaints have arisen because residents have felt dis-empowered by a seemingly high-handed attitude from their landlord. In each case, consultation has been one-way; telling and not listening, imposing a solution without a discussion regarding the alternatives. Housing staff were well-meaning and  professional but had failed to take the residents along as they developed proposals. Once a meaningful discussion was imperative, compromise and consensus was achieved – a successful outcome.

Sadly,  consultation techniques are not taught to project managers, housing officers, architects and employers agents when clearly the people demonstrating excellence have these skills in spades. The traditional consultation meeting is now only one tool in the kit to engage people, when people are time poor, less formal events, capturing views through conversation and social media provide an opportunity to hear what residents say.  three things: