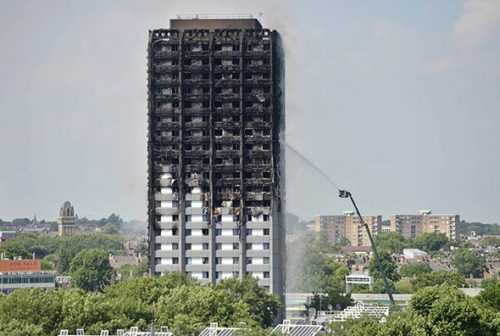 We have refrained from commenting on the tragic events at Grenfell Tower as when at least 79 residents are presumed dead, these are not matters from which to score political or commercial points. Speculation  has been rife, plenty of experts giving their opinion to satisfy the rolling news channels.

Inevitably, the public inquiry and the inquests will identify mistakes that were made; opportunities missed to safeguard residents; and an appetite to apportion blame. The conclusions will not be straight forward , contributing factors will, surely, be a series of complex technical failings and simple acts of carelessness – resulting in, hopefully, unique causal circumstances at Grenfell Tower.

Councillor Nick Paget-Brown already appeared, on BBC’s Newsnight,  to suggest that residents had rejected fire safety recommendations, almost as though the landlord is at the mercy of resident opinion when attempting to meet its duty of care. Nothing could be further from the truth, landlords sometimes have to put duty of care before popularity as has been demonstrated by those bold enough to enforce the removal of iron gates over doors and windows in blocks where a fire risk assessment identified the potential danger these present.

We know personally many great people working for housing associations, tenant management organisations, housing departments, architects  and regeneration teams, we are appalled at the vitriolic abuse they have  received since 14 June 2017. Equally,  we have been impressed by how many of our clients, colleagues and friends quietly, without attracting publicity offered help; putting a hold on their own regeneration plans to provide accommodation for survivors; donating time and goods; offering their expertise. These professionals act in the best possible interests of residents trying their best to improve social housing making it safer, warmer, more secure. Sometimes they don’t have all the answers.

From the morning after the fire, we were inundated by calls from tenants living in newly refurbished blocks, high-rise and those who that very day were off to visit a completed cladding scheme for consideration for their estate. It is right that, from now onwards, regeneration proposals will be now challenged more closely and experts asked to explore risks never previously envisaged.

Perhaps when the findings are published,   tenants will reflect on the impact that small actions can have, refuse left in a communal area, bikes and buggies, fire doors wedged open to create ventilation – simple everyday breaches of duty of care to each other.